Getting to Chichen Itza from Merida 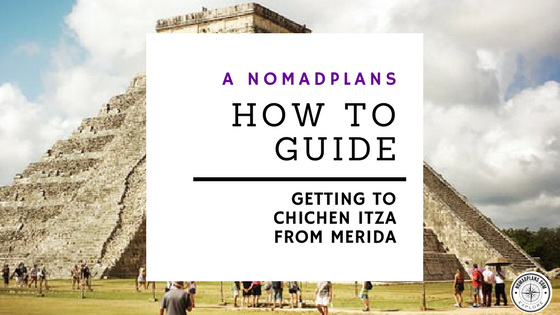 Getting to Chichen Itza from Merida

Chichen Itza, one of the new seven wonders of the world, an ancient Mayan metropolis, iconic and truly spectacular. Chichen Itza was definitely on our hit list during our recent trip to Mexico. We visited from Merida, without an organised tour, using public transport. If you prefer to do your own thing, in your own time and want to save the cost of a tour, read on.

We had a fantastic day and at under 500 pesos each, a bargain!

Step 1, decide on your preferred type of bus

There are two bus options when getting to Chichen Itza from Merida. You can travel first class with Ado at 6.30am, 8.30am or 9.30am. This takes 1 hour and costs around 150pesos. The return time is 5.20pm.

We decided to take the 8.30am first class Ado bus to Chichen Itza and returned on the 1.10pm 2nd class Oriente bus back to Merida. Although the return journey is longer, you travel through lots of small villages which is far more interesting than the highway! We found 3 hours more than enough time to explore the sight, in a relaxed way.

Get an audio app

came into their own, as we could have one pod each and listen simultaneously. I can’t recommend this app highly enough! Alternatively, you can hire a guide at the entrance.

We bought our first class bus ticket the day before we travelled from Merida to Chichen Itza and paid the driver for the 2nd class ticket on the day of our return to Merida. We didn’t know how long we would stay at the site, so did not pre-book our return journey.

Pick up and drop offs

Both bus stations in Merida are well organised and offer a variety of snacks for purchase. WiFi is available, toilets cost 5 pesos. Boards clearly display bus, departure time and “platform.” Be there 15 minutes before departure time.

Pick up at Chichen Itza

Buses depart from the “tree” at the same place you disembarked the bus. We were slightly concerned about the lack of official looking bus stop, but need not have worried. The bus was punctual although be aware, it might not have the correct destination displayed… Our 1.10pm Oriente bus said “Cancun” but as it was 1.10pm, I asked the driver who informed me that Merida was in fact where he was heading. Having spent much of my youth using public transport in Liverpool UK, where drivers of the 79 bus rarely changed their sign, I’ve learnt to exercise a bit of common sense and check!

Kerry and I had a wonderful time exploring the marvel that is Chichen Itza. We loved the freedom of travelling there ourselves and liked that we were in control of our own schedule. It really is a special place and rightly deserves to be named one of the new 7 wonders of the world. We have just one more to see… Petra in Jordan! If you are visiting Mexico City check out our best Taco Tour guide, or if you are heading to San Cristobal find out how you can visit San Juan Chamula, a fascinating town just 25 minutes from San Cristobal.

The benefits of drinking water 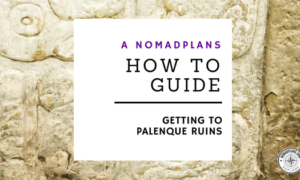 Getting to Palenque Ruins 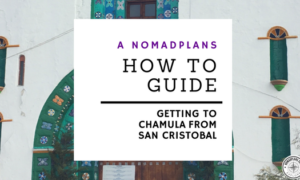 Getting to Chamula from San Cristobal 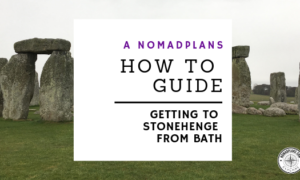 Getting to Stonehenge from Bath 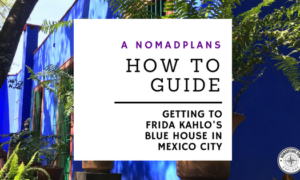